Biographies for our Committee members

Since leaving a well paid job as an Administration Manager with Telecommunications in 1990, Ruanna has delved deeply into esoteric studies, opened the ‘Metaphysical Healing Centre’ in Kyneton, Victoria and today runs her own successful ‘Tarot in Action’ business and shop in Melbourne, Australia. At Tarot in Action, Ruanna offers a variety of programs and services including Tarot, Western Astrology, Numerology, One on One Counseling and Spiritual Development Programs. Reiki Master as well as a Wellness Advocate with doTerra Essential Oils and now an Author of ‘Tarot Distinctions.’ Ruanna used her admin skills towards worthy organisations such as; Before Its Too Late – created System Manual Rotary Melbourne and Rotary Preston – fundraising for the 15,000 sick children in Victoria every year Board Member of the Tarot Guild of Australia – help organize International Tarot Conference in Victoria Australia Dans Martial Arts – created system manual and fundraise for the club Trustee of the GENI Foundation – admin, financials, newsletters, mailouts and fundraising Ruanna travels regularly throughout Australia delivering her programs, presenting seminars, conducting readings at the Mind Body Spirit Festivals and Psychic Mind Body Expos and at corporate events. Since 2010, Ruanna has been consistently invited back every year to teach Tarot Masterclass and Numerology programs in Singapore. She has also been invited to speak at various engagements such as: SEEK - breaking the cycle for troubled Teenagers Tarot Guild of Australia - Topics included ‘Tarot and the Business World’ and ‘How to run a Tarot Business successfully today’ International Feng Shui Convention Singapore and Melbourne – Topics included ‘Numerology’ and ‘Tarot and Wealth’ Martial Arts was another love, which gloves beautifully with her esoteric studies and in 2011 achieved a Diploma of Sports in Coaching and Development. Achieved gold medals at State and National level Competitions and today is a Taekwondo Instructor and holder of two Dan belt certificates, 4th in Taekwondo and 1st in Kyusho Jitsu.

After 20 years of high level legal and business experience, Charles Kovess turned his back on the law in 1993 to share success strategies as a professional speaker, educator, facilitator and coach. Charles has provoked, enthused and inspired many companies and individuals to achieve world-class results by harnessing passion, and is known as Australasia's Passion Provocateur. He is the Founder and CEO of Kovess International, a Past National President of the National Speakers’ Association of Australia, President of the Australia-Hungary Chamber of Commerce & Industry, Trustee of the Global Energy Network Institute, CEO of an innovative manufacturer of industrial hemp processing machinery, Past President of the Lorne Surf Life Saving Club, Past Councillor of the Law Institute of Victoria, and a Certified Speaking Professional. Amongst a broad range of interests, Charles has promoted sustainability practices and philosophies since 1976, and challenges his audiences to passionately promote the need for sustainable behaviours, both personally (by being healthy!) and globally (by keeping our planet alive!) Charles has authored two inspirational books, ‘Passionate People Produce’, and ‘Passionate Performance’, and is the co-author of ‘The 7 Heavenly Virtues of Leadership’. Charles is not only passionate about the power of passion: he is also passionate about entrepreneurship, innovation and sport! He is currently competing in his 33rd consecutive year in triathlons; he qualified as an international water polo referee, played A Grade Amateur Football, and has completed nine marathons. He is the father of five children, aged from 35 years down to 6 years.

Mr. Meisen comes from San Diego CA, and considers himself a global citizen having flown around the world several times delivering his work. He graduated from the University of California at San Diego, with an engineering degree in Applied Mechanics and Engineering Sciences. For the past 30 years he has worked in social engineering and sustainable development (Click here for information about GENI Speakers.) Peter was fortunate to have met Buckminster Fuller twice and followed Bucky's advice to read "Critical Path." This changed his life and inspired him to found the Global Energy Network Institute (aka GENI) to conduct research and education on Bucky's premier global solution -- the interconnection of electric networks between nations with an emphasis on tapping abundant renewable energy resources around the world. Peter is a member of the following professional associations: IEEE Power Engineering Society, World Affairs Council of San Diego, Union of Concerned Scientists, United Nations Association, and is an Honorary member of the Rancho Bernardo Sunrise Rotary Club. In 1983, he co-founded S.H.A.R.E. (Self Help and Resource Exchange), North America's largest private food distribution program.

A very capable Information Technology (IT) practitioner who can analyse business requirements, translate them into technical design documentation and ultimately implement them to the standards required by the business. With over 10 years computer mainframe and PC programming experience across many disciplines, he has been able to develop excellent communication skills, problem solving and motivational skills and is effective as a team leader and team player. He is a good trouble shooter and functions efficiently under stressful situations. Next to his professional career, he has numerous interests including: Family, Tennis, Comedy, Art & Music, 4x4 camping adventures, Travelling, Chess, Woodwork, Geodesic Domes (invented by Buckminster Fuller),
'Oral and Maxillofacial' surgical research into Lingual nerve, Peripheral nerve & Inferior Alveolar nerve repairs.
'Chronic Fatigue Syndrome' for which he has published a treatment manual (written by Dr. Fred Warwick - ISBN 978-0-9923257-1-8).

Inspired by the books of Buckminster Fuller, and encouraged by friends and family, plus the personal desire to have a ‘career’ and earn a living, I studied electrical engineering back in the 1990s. Soon after graduation I became involved with the Alternative Technology Association (ATA) in Melbourne. With them we built the 'Energy Mobile' that displayed renewable energy technology and toured throughout Victorian towns and suburbs. Further with the ATA, back in 1993, we went on to install Australia’s first grid-connected solar energy system, at CERES Environmental Centre, in East Brunswick. With an eye to mass-scale deployment of renewable energy I went on to propose and promote the idea of a 20MW solar-thermal power station in Whyalla South Australia. We gained some significant funding toward this project, and the idea was to incorporate sea-water desalination- making use of the waste heat of energy transformation from thermal to electrical. A Pre-feasibility Study was performed by Professor Stephen Kaneff, and the results looked pretty good with power generation possible at the price of 7.5c per kWh. However this project has not yet been realised. Current supply issues in South Australia make this project more viable again. Currently I run my own solar consultancy and we design solar energy rooftop PV systems, residential and Commercial, and look for opportunities to propel the mass use of solar and renewable energy, in support of the integrity of eternally regenerative Universe.

I was born in 1961 in Adelaide, Australia. I left full-time employment as a computer programmer in the mid-1980s and ran various small businesses while working a few casual jobs. Some of these businesses included: Japanese to English translation, running a Japanese language school and the writing and publishing of language text books. Casual employment included: bartending, call centre work, retail sales, youth detention officer, flight attendant and office administrator. In my 30s, I had friends that had been diagnosed as HIV positive. I did some research to support them. In my 40s I was told that I was HIV positive. Due to my earlier research, I chose not to take the HIV medications. A year later I developed fugal pneumonia and was in hospital for two months and I was told I’d never be able to work again and I’d require assisted living. With my applied knowledge I made a full recovery and now run multiple businesses and live in a house in the suburbs of Melbourne. One of my strengths is numbers and patterns, so I began making graphs of the surrogate markers used to track HIV progression: namely, CD4 cells and HIV viral load. In my quest to understand this pattern, I started studying statistics, HIV and AIDS. This lead to calculus, epigenetics (the coding that sits atop DNA and alters gene expression) and many other subjects including biology, immunology and virology. I’m in the process of writing up my research for publication.

The GENI Foundation will never share any personal information without your permission. 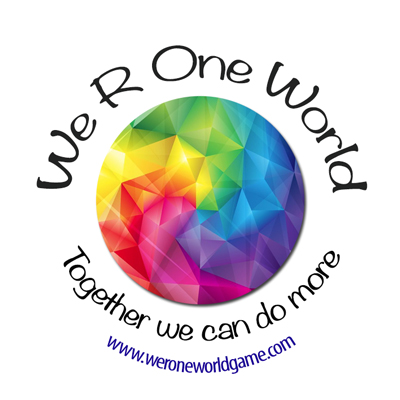 The We'R One World simulation experience is based on the work of the late Buckminster Fuller and his World Game.

We offer a 10% quote beat guarantee on any written competitive quote for similar solar products or packages from a competitor in Australia.

Zenaji will offer you a discount if you order using the Geni Foundation pre-sales promotion code(found on the GENI website).

The Alternative Technology Association (ATA) is a not-for-profit organisation that helping people to live sustainably in their homes and communities. 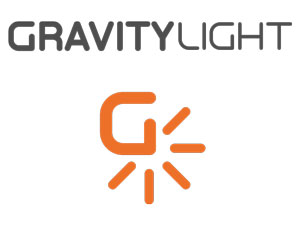 Over 1.2 billion people globally have no access to electricity and millions more have an unreliable supply. Instead, they use dangerous, polluting and expensive kerosene lamps for light.