"We are passionate about the GENI Foundation initiative because it has shown us how electricity across time zones underpins every foundational need in any society. From lighting, heating, sanitation, refrigeration, irrigation, industry, transport and "climate-change". It shows us that if we can get electricity to where it is needed most, we automatically solve the major problems being experienced by all of us on planet Earth." - Ruanna Segal (Trustee)


"The GENI Foundation initiative involves building awareness and powerful support, in the shortest possible time, for the integration of electrical energy grids around the world into a single interconnected grid that spans the globe*, generating and distributing power from the Earth's naturally abundant renewable resources - an initiative that will improve the quality of life for everyone without damage to the planet."
*Walter Cronkite uses the analogy of "a world wide web of electricity using green energy resources."


Our Annual Comedy Gala for 2022 was a great success 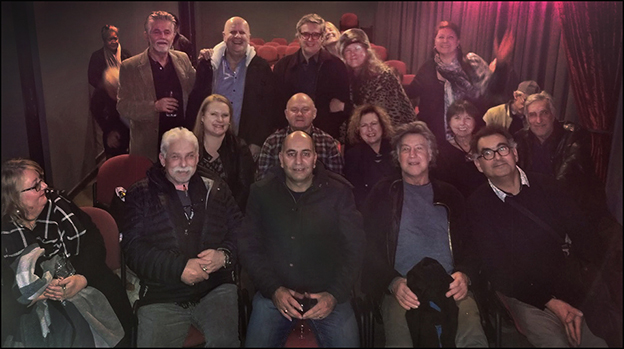 A huge thank you to all Sponsors and Supporters for joining us at our Annual Comedy Gala!
We always get together to have a laugh and celebrate World Environment Day.

The Australian Energy Market Operator(AEMO), has produced some fantastic information which GENI has utilised for this initiative and it starts with the representation of the Australian National Grid as at 2016. 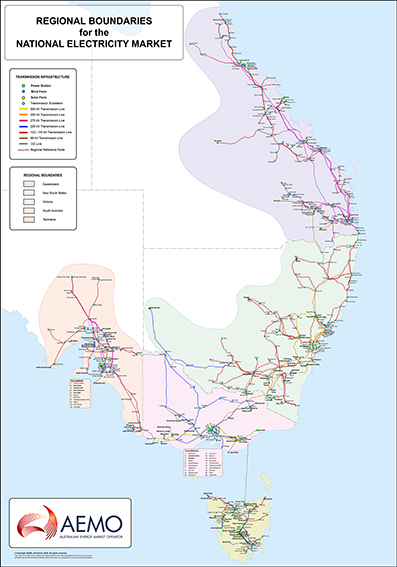 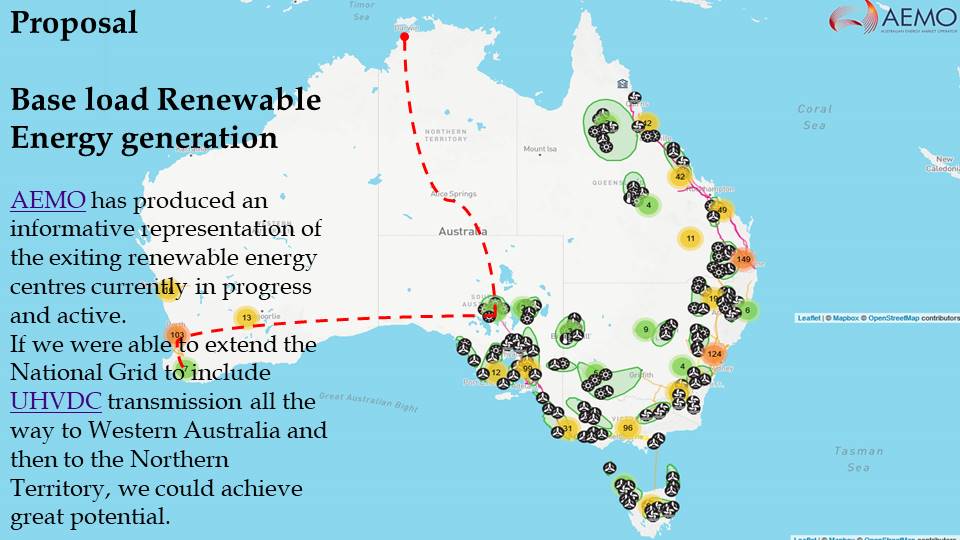 HVDC transmission losses are quoted as less than 3% per 1,000 km, which are 30 to 40% less than with AC lines, at the same voltage levels. For UHVDC the losses are even less. 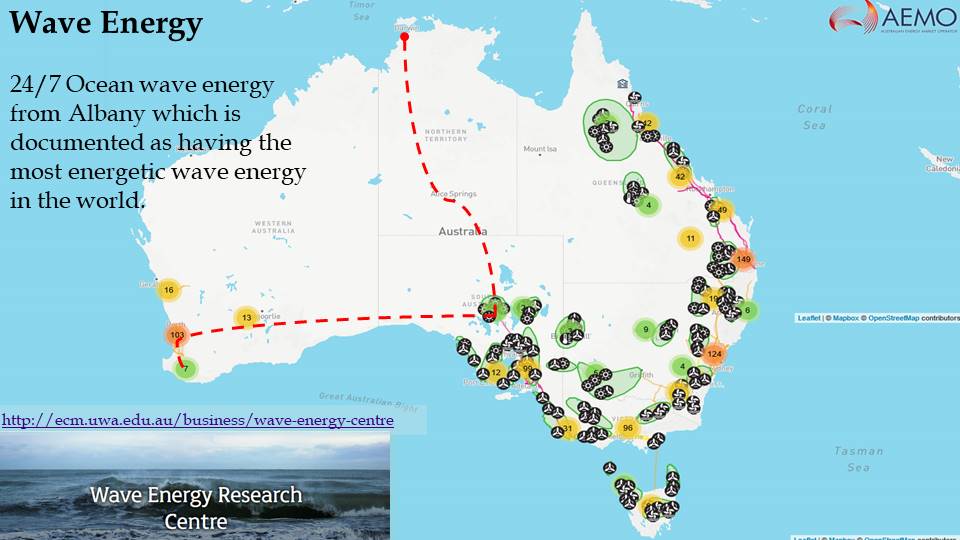 Western Australia has the best 24/7 natural resource potential in the world (Ocean currents), and we should make an investment in it for the benifit of all Australians. 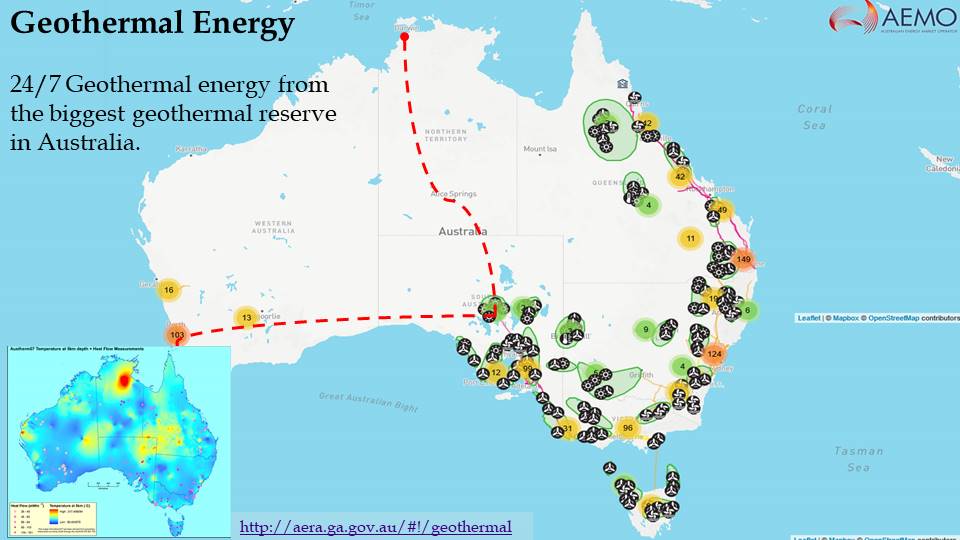 We should also go from South Australia to Darwin (Northern Territory). That would give the National Grid access to the greatest GEO Thermal region in all of Australia. 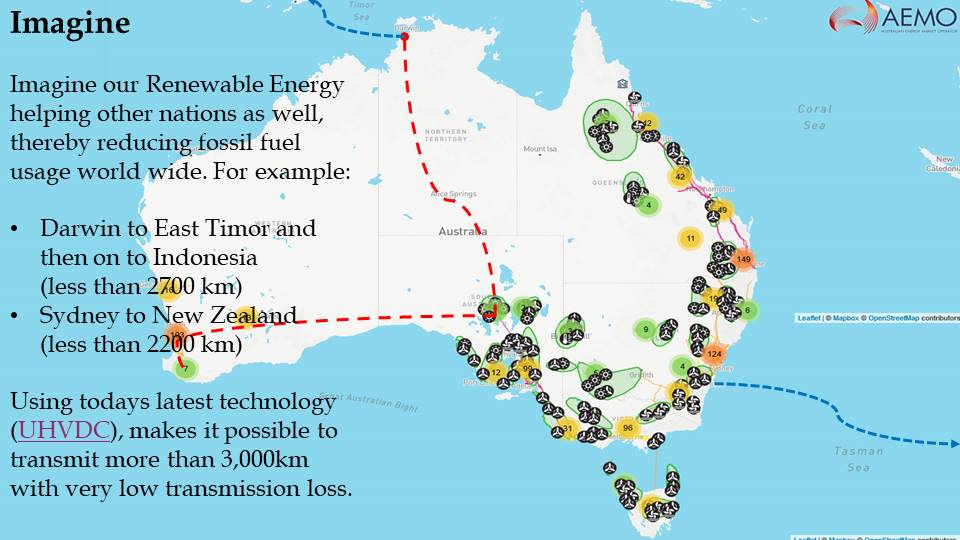 Imagine being able to export our renewable energy to our neighbours in times of abundance. 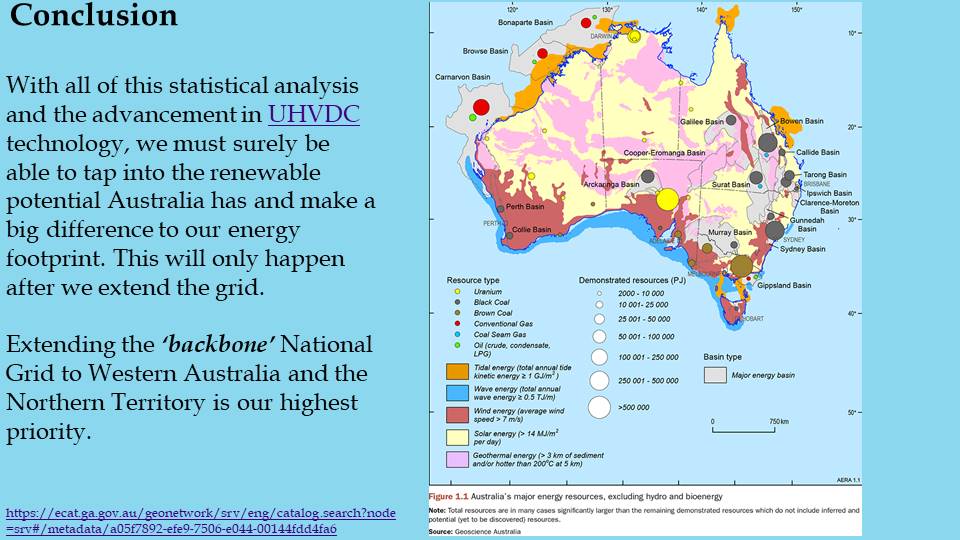 To continue the medical analogy, the National Grid is our energy BACKBONE and needs manipulation for it to remain healthy. Extending it to meet our needs and obligations is the highest priority. 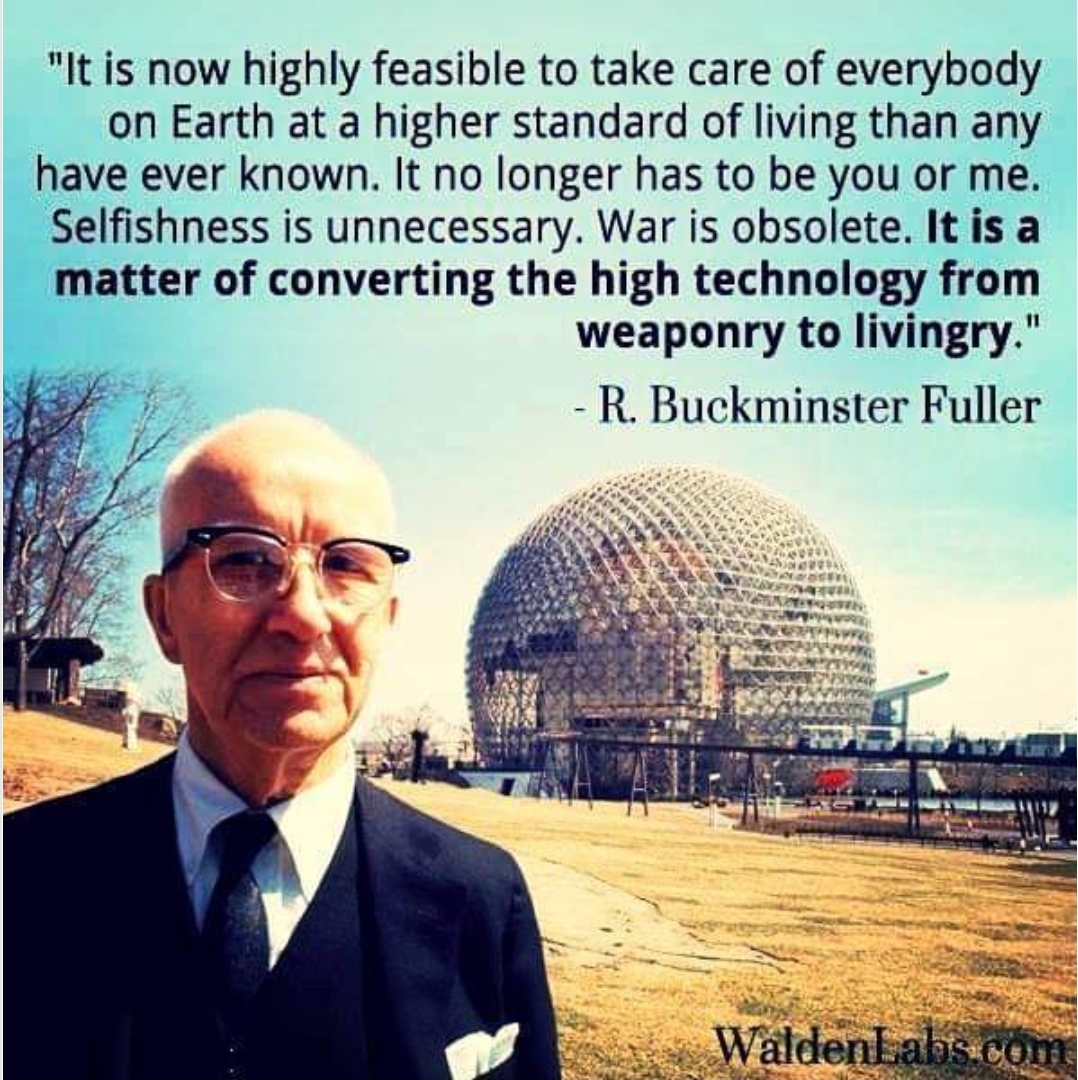 World's Largest Solar Farm to be built in Australia

A major renewable energy project in Australia is billed as the world's largest solar farm in development. It's a AUD$20 billion facility – the heart of an ambitious electricity network called the Australia–ASEAN Power Link. and will be built at a remote cattle station in the Northern Territory, roughly halfway between Darwin and Alice Springs.

Pledge your support for this initiative using our fund raising platform 'PATREON'.
For as little as $3 per month, you can powerfully contribute to humanity and the environment.

Our current funding goals include: 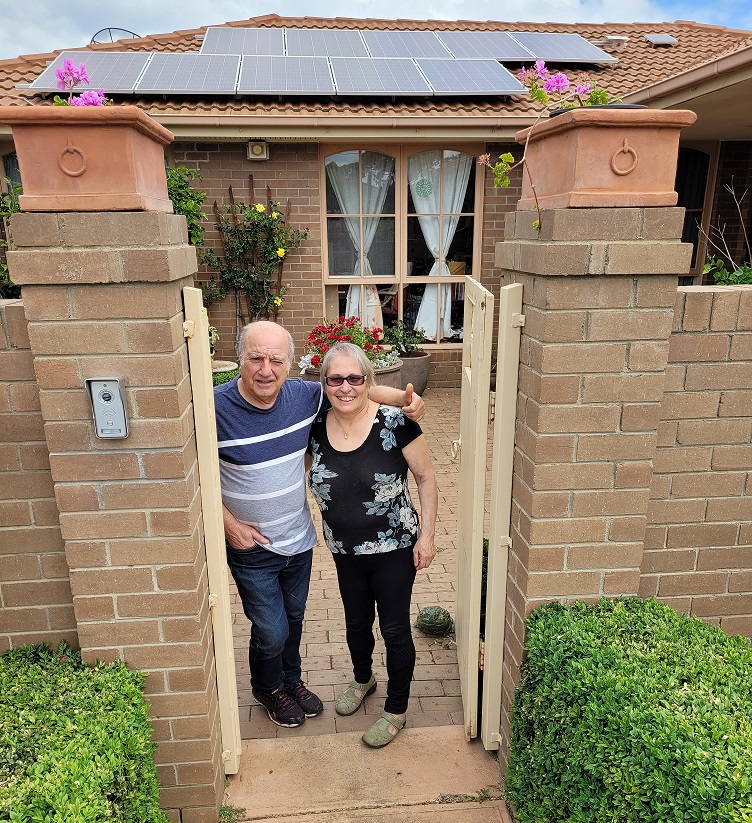 This lucky couple from Gladstone Park have won the inaugural SPP project. After months of waiting for the COVID restrictions to lift, the installation has completed without a hitch and is switched on just in time for Xmas and the hot sunny months. For more details, click here for more announcments. 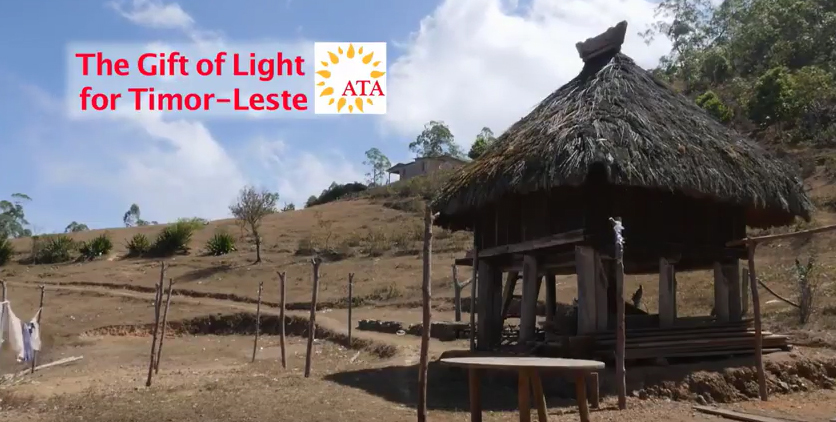 A CORPORATE SOCIAL RESPONSIBILITY PROJECT DESIGNED BY CHARLES KOVESS, A GENI FOUNDATION TRUSTEE, AND SUPPORTED BY GENI FOUNDATION. THE INSTALLATION OF 10,000 SOLAR ENERGY GENERATORS IN 10,000 OUTBACK AUSTRALIAN, AFRICAN AND INDIAN VILLAGES - ONE CORPORATE SPONSORING ONE VILLAGE AT A TIME! 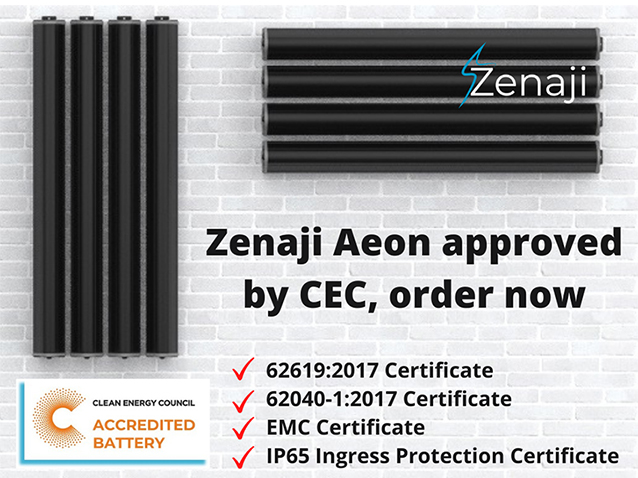 Zenaji's Lithium Titanate (LTO) cells are a leap forward in battery storage. They offer market leading robustness, safety, life-span and the most cost-effective solution available in the world today.

Donating Solar Panel systems for Pensioners - One Home at a Time

Having a solar system installed on your house is like having a net that will catch fish every day, rather than being given a fish occasionally. Imagine how you would feel if someone came along and said they will installs solar panels on your roof. How would you feel? 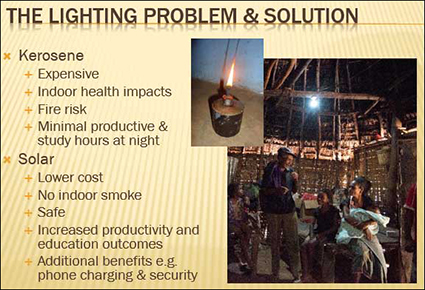 The Light Up Laen Tolu project addressed energy poverty for 38 households (approximately 230 people) in Suai, an under-developed fishing village in the sub-district of Covalima in Timor Leste. Through the Village Lighting Scheme (VLS), our project provided solar-powered lighting and mobile phone charging to 39 houses with no access to electricity. Two local technicians were trained to install and repair the solar systems. Our project provided environmental, health, educational and economic benefits to the people of Laen Tolu. The project employs a rigorous monitoring system, established an ongoing community managed maintenance fund and utilised a shared online database for tracking. This project can be scaled up and replicated in other districts of the country.

1. To help facilitate the linking up Australia's national grid via underwater cable to Papua New Guinea and Indonesia thereby linking more than
250 million people to a potential renewable energy supply. By canvassing industry leaders and educating the general public to the potential of this project.

2. Playing the Global Integration Game (GIG). 120 people have the opportunity to play a fun and interactive game on how the world works on a huge Dymaxion Map.
This game brings up insights in what is being done in the current world, what needs to be done, and what one can do about it. This game can also be played in Schools.

3. Presenting GENI Initiative in schools the 'Spaceship Earth School Presentation'.
90 minute interactive workshop presenting highlights between the Mercator Projection Map and Buckminster Fuller's more accurate Dymaxion Map.
Students are actively involved in exploring the implementation of a global energy grid as a solution to world's most pressing problems by the
interconnection of renewable energy resources.

4. IREC - Independent Renewable Energy Centre
GENI is currently in discussion with organisations interested in developing our project to deploy IREC's (Independent Renewable Energy Centres). This is a CSR (Corporate Social Responsibility), project where IRECs (like solar energy generators), are installed in 10,000 villages (in Africa, India, East Timor, Haiti or Australia), and financed by 10,000 sponsoring Australian Corporations. One Corporate sponsoring One village at a time.
We also want to encourage the building of small renewable energy centres in remote communities within Australia that are not currently connected to the national grid. This will eventually make it easy for the national grid to be extended because the distances between the new IRECs will progressively get shorter and shorter each time a new one is added.
As the network infrastructure is extended, these remote communities will generate their own revenue by supplying the national grid with renewable energy.

6 Startling Statements on Population vs Electricity:

The GENI Foundation will never share any personal information without your permission.

The We'R One World simulation experience is based on the work of the late Buckminster Fuller and his World Game.

We offer a 5% quote beat guarantee on any written competitive quote for similar solar products or packages from a competitor in Australia.

A battery discount is available from our preferred installer if you mention the Geni Foundation.

Renew inspires and engages with over a quarter of a million people each year in Australia and overseas, taking practical action on sustainable living.